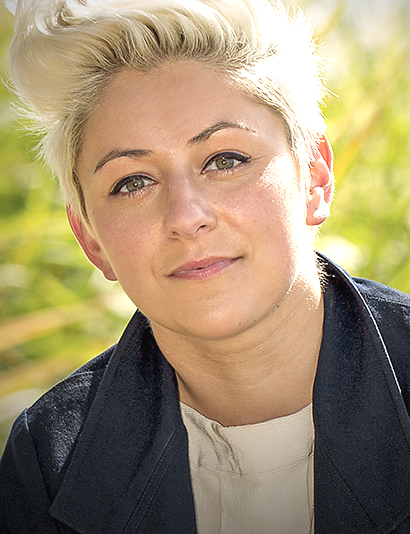 Rowena Hutson is an actor and theatre practitioner. She graduated with a First Class Honours degree in European Theatre Arts from Rose Bruford College, London in 2008, and whilst studying, was awarded the prestigious Sir John Gielgud Charitable Trust Bursary for Promising Young Actors.

Rowena has since worked extensively with a range of independent theatre companies, performing throughout Europe and Australia.  She is a founding member of the London-based theatre collective Sheer Lunacy, as well as a member of the ensemble for Melbourne’s very own Underground Cinema.

Highlights of her work include playing the tipsy pigeon ‘Jesse’ for Flap and Fear (which won the Best Newcomer Award at the Theatre Drachengasse Festival in Vienna), reprising that same role in Oslo, Norway, making her Edinburgh Fringe debut in The Wau Wau Sisters Last Supper, co-directing Underground Cinema Presents MAGIC and working on the feature film Henry IV Part 2 as Head of Acting in the UK summer of 2011.

Rowena received enormous critical acclaim and sell-out shows with her first one woman show The Unstoppable, Unsung Story of Shaky M, which toured Australia nationally, almost non-stop, over 2012-2013. Her second one-woman show A Four-Eyed Guide to the Galaxy has just completed sell-out and critically acclaimed seasons as part of the 2014 Melbourne Fringe and 2015 Adelaide Fringe Festivals and just completed two special presentations as part of the 2015 Melbourne Comedy Festival in March/April.