The work we do with Shakespeare Republic would not be possible without the support of a huge number of individuals and people in the wider community giving their support.  From donating to our crowdfunding campaigns to sponsoring to just giving a helping hand when needed.

With this in mind, we’d like to show our support for some of the businesses in particular who have so generously supported us in this journey so far, beginning with the fabulous Howard Fine Acting Studio in Melbourne.

One of the questions we are asked again and again is “how do you select the actors you work with?”.  The answer to that is pretty straightforward.

“The first thing I look for is strong, talented actors who know their craft.  The next thing I think about is do I like this actor as a person and can I work with them for an extended period of time.  The final consideration is what is their work ethic and attitude like to the work and to their fellow creatives.  I never even worry about whether they’ve done Shakespeare before or not … if all of these other boxes are ticked, then they go on my list and will always be considered for the series.”

Where an actor has trained is really not a deciding factor when casting for the Republic, but it is interesting to note just how many of the Republic ensemble have done some kind of training with Howard Fine, whether it be for a period of years or one Master Class.  This includes Republic creator/director Sally McLean, as well as Christopher Kirby, who have both worked with Howard over a period of years in regular classes, Phoebe Anne Taylor, Falon Ryan, Shane Savage and Faran Martin who are all graduates of the full time course at HFAS Melbourne, Michala Banas, Tariro Mavondo, Ben Steel, Scott Major and Alan Fletcher who have all participated in or audited Master Class and/or Scene Study and Stephen Costan who is the current Head of Voice at HFAS Melbourne as faculty.

“It is definitely not a prerequisite that people have worked with Howard to be cast in Shakespeare Republic, as I know as an actor myself that not every technique works for every actor,” says McLean.  “But it definitely does make my job easier as Director if they have, just because we then have a shared language around the technique and a shared work ethic, so I know I don’t have to educate them about what I expect with homework or other aspects of the work as much.  As a director I certainly call on my training with Howard when working with other actors, so some of the language and techniques he has developed will be used in my way of working, but as Howard’s technique is so clear and universal, it never presents any problems that I’ve found.”

“I also highly encourage other directors and writers as well, to audit one of Howard’s Master Classes.  I feel engaging with the way he works has not only made me a better actor, but also a better director and writer, because (as I outlined in an article for the HFAS Studio back in 2013), he is a master teacher, but also a master at the storytelling craft and in helping you to gain understanding on how you can begin the journey to become so as well.”

Sally is not alone in her praise for Howard Fine and his technique. Howard was voted ‘Best Acting Teacher in LA’ by BackStage magazine (in a strictly one-time-only award), his book ‘Fine on Acting’ won the Reader Views Literary Award and the Studio was voted ‘Best Place to Study Technique’ in a 2010 poll. He is one of the most sought-out acting coaches in Los Angeles and his student list is long and varied, with actors such as Brad Pitt, Jennifer Connelly, Bradley Cooper, Will Smith, Jada Pinkett Smith, Jared Leto, Salma Hayek, Rosanna Arquette, Gerard Butler, Simon Baker, James Belushi, Elizabeth Berkley, Michael Chiklis, Linda Gray, Carla Gugino, Daryl Hannah, Val Kilmer,Chris Pine, Jason Priestly, Garry Shandling, Brooke Shields, Marina Sirtis and Gal Gadot (currently wowing audiences as Wonder Woman in cinemas) all working with him over their careers.

We think that Australian actors are so very lucky to have access to this kind of training in this country via the Melbourne Studio and be able to work directly with Howard and his impressive faculty on their home turf.

And we are also so very grateful to HFAS Australia, members of both the Australian and LA faculty and HFAS Australia Company Director, Phil Evans, for their fabulous support of Shakespeare Republic, including being backers and donors to our crowdfunding drives as well as promoting the series via their social media channels.  Thanks guys – we love you and your work!

We’ll leave the final word on Howard Fine and the benefits of working with his technique with 2017 Gold Logie Winner, Sam Johnson (another fellow Howard Fine Acting Studio Australia student): 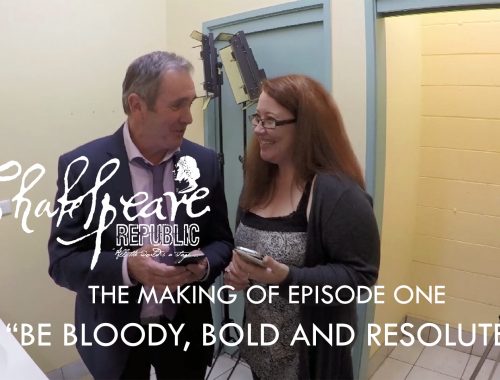 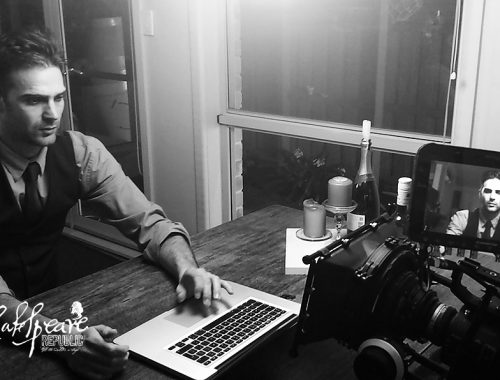 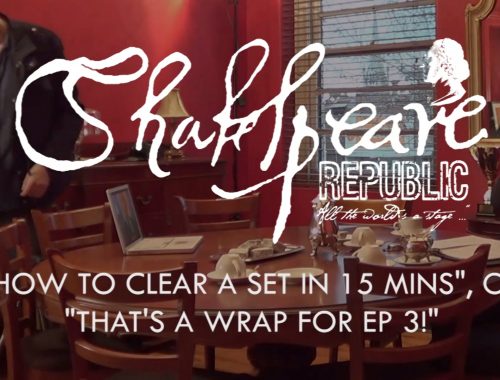