As a rather chilly and very blustery Queen’s birthday Monday dawned, it found myself and several members of our extended Republic making our way down to the Mornington Peninsula for the second day of shooting.

In a very beautiful bathroom, kindly provided by long time friend, Samantha Brown (we were around 5 years old when we first met. Who knew back then that one day I’d be filming Shakespeare in her bathroom!?), our crew gathered around to film Shakespeare Republic ensemble member Rowena Hutson – and a rubber duck.  As you can see, a bath was involved, so that does somewhat explain the rubber duck – but you’ll have to wait until the episode airs to get the full picture!

I would very much like to thank Sam for letting us take over her bathroom and part of her home for the day’s filming. She was a charming and gracious hostess, as always, and it was fun to share an aspect of one of my projects first hand with someone who has known me for so many years and been so supportive of my work.  I am especially grateful to her for cooking up a fabulous lunch for the cast and crew, which was going above and beyond the call of duty and was so appreciated!

Thanks also to my fabulous fellow Producer, Perri Cummings and Cinema Viscera for the loan of their lights, and to The Vision House for their last-minute help with additional lights at 5pm the Friday before a long weekend!

Special shout out to Charlie Johnson, who also happens to be Sam’s son and a very talented emerging filmmaker in his own right.  Charlie stepped up to be our Behind The Scenes director on the day and did an amazing job with the footage.  I can’t wait to share some of his work with you all!  And remember his name, as I think he’s going to be one to watch – and he hasn’t even graduated high school yet!

We were sadly without our wonderful Sound Operator (and Sound Editor), Tim McCormick this shoot, but I would like to thank him for his thoughtful gesture of lending us his boom mic stand, so saving someone else from trying to replace him as Boom Operator (it’s a highly specialized gig and we weren’t sure we could fill his shoes!).  We hope we haven’t given him too much work in the edit with the audio recording done in his absence! (Although our Gaffer, Dan, proved to be very useful in the Sound department as well and kindly took over the supervision of that aspect as well).

As Director, it was another special day for me, as I finally got some of my original band back together, in the form of Director of Photography, Yanni Dellaportas and Lighting Director/Gaffer, Dan Evans.  Dan, Yanni and I last worked together as a team in 2005 on my last major screen directing gig “Brigit & Benny (a modern faerietale)”, which also, funnily enough, was shot on the Mornington Peninsula.  I truly loved being able to work with these guys again – they are both great talents and all-round good guys.  Adding Assistant Producer (and Republic ensemble member) Billy Smedley to the team (this time also as Clapper/2nd AD) and the aforementioned Charlie Johnson, meant that we had a relatively stress-free and highly creative team behind-the-scenes and I am so grateful to all of them for their work and support.

Ro Hutson was an absolute trooper and is another major talent in her own right.  For someone who describes her work as being a “silent clown” on stage (which she also does), she speaks the words of the Bard exquisitely and lit up the screen with her presence.  I know she won new fans from her work on Monday – as she should.  I look forward to all of you falling in love with her once her episode airs – if you haven’t already from her earlier appearances in the Republic ensemble chat-to-camera pieces.

And so, the next edit begins and the pre-production for shoot No. 3 also commences – this time in an office (I think we’re done with bathrooms for now – but what a bathroom to finish on!).

SOUNDBYTES: Sally McLean muses on a quote from Hamlet or "Shakespeare on Caitlyn Jenner" 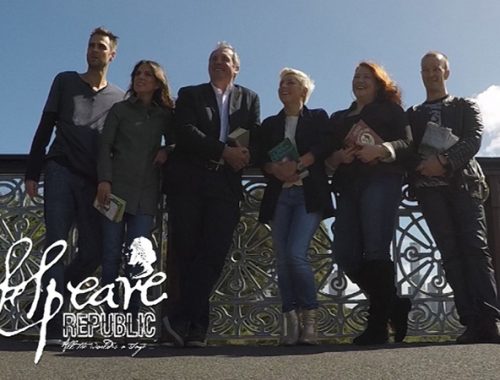 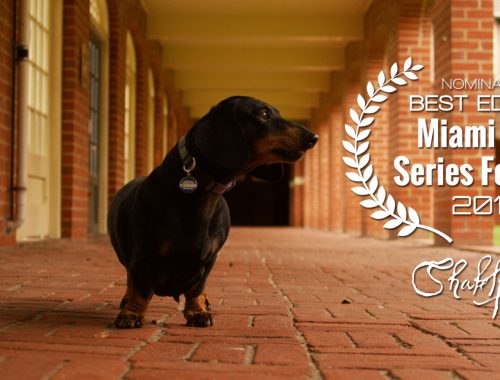 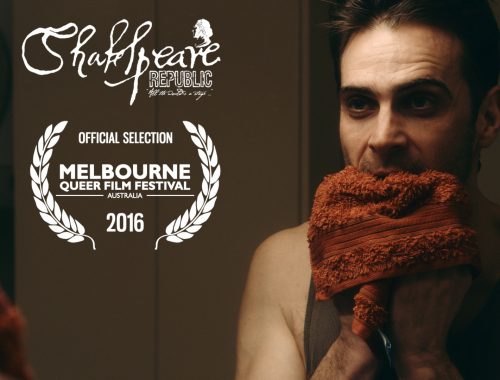