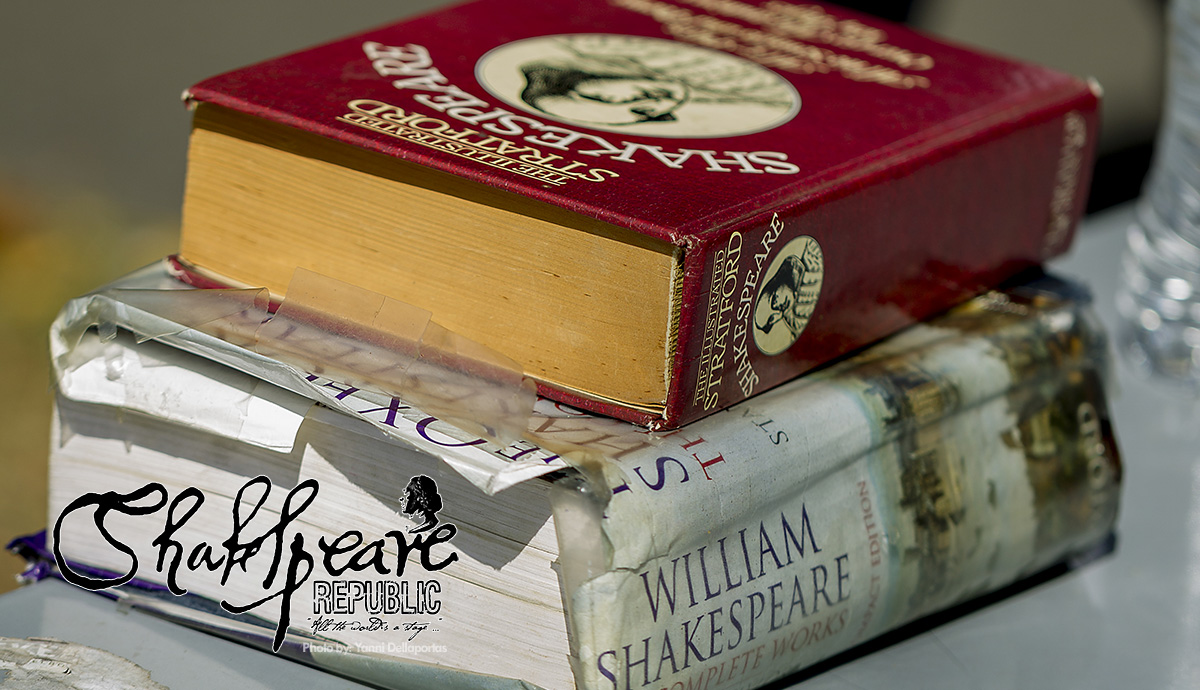 “Truth is truth. To the end of reckoning.” – William Shakespeare, Measure For Measure

There are many things we don’t know about Shakespeare. For some, this has thrown up a whole raft of conspiracy theories about whether the man from Stratford even was the Shakespeare we know today as the playwright of classics such as Hamlet, Romeo & Juliet and the Scottish Play (you know the one we mean). To date, there are over 70 different people being put forward as potential candidates for the title of “The Bard” (and counting).

Most of these theories began in the late 19th Century (before that it was never questioned) and come from the fact that there isn’t much written contemporary information about Shakespeare’s life on record. And while that is true (although new information is coming to light all the time from authenticated sources¹), we here at Shakespeare Republic tend to lean towards a much more mundane explanation for this lack of information, as suggested by several Shakespeare scholars and historians in general.

As the records do show, in 1666, fifty years after Shakespeare died, there was this little event called The Great Fire of London. Essentially, it burnt 436 acres of London², wiping out nearly every building north of the river Thames in the center of the city, including 13,200 houses, 87 parish churches, The Royal Exchange, Guildhall and St. Paul’s Cathedral, to name a few³. It couldn’t spread south of the river, because of an earlier a fire that took place in 1633 (17 years after Shakespeare’s death), which wiped out a large part of the north side of London Bridge (which was heavily built upon at the time, so giving that earlier fire plenty of fuel to burn). London Bridge hadn’t been rebuilt since then, so there was nothing left to feed the next, much bigger blaze 30 years later4.

Add to that, the fire that took the Globe Theatre unawares (part owned by Shakespeare) during a performance of Henry VIII (one of Shakespeare’s plays)5 and caused it to burn to the ground in 1613 on the south side of the Thames (three years before Shakespeare died and the year he returned to live in Stratford, not long after his iconic theatre was destroyed), and you can see how London wasn’t the safest place to keep paper records in the 17th Century for anyone. And why many records from that time for many people are nowhere to be found.

So, if you haven’t got ahead of us already with this information, the suggested reason why not many records exist documenting Shakespeare’s life in London is that The Great Fire of London burnt most of the evidence kept in official buildings – along with the buildings themselves. And if that fire didn’t do for the records, then the earlier fires most likely did, as they took place right where he lived and paid (or didn’t pay, as recently discovered records show) his taxes6. And we think that’s a pretty logical explanation. Boring, but logical.*

But whether that’s the reason his official footprint is light, or there really were at least a couple of dozen people at the time involved in a major conspiracy to hide who Shakespeare was (who also never left any written evidence – at all – that this was happening), onto what we do know about Shakespeare and the works attributed to him:

A growing list of “things to know” to daze and amaze your family and friends!

More facts will be added when they come to hand! Stay tuned …