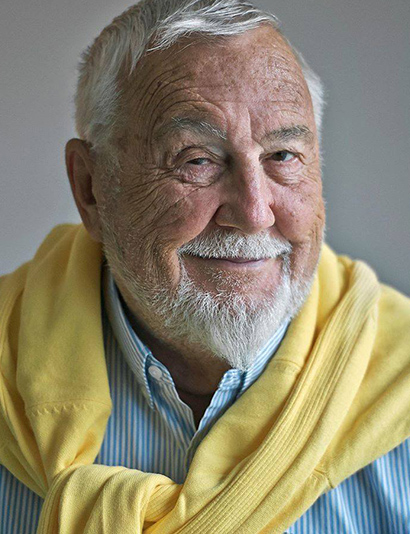 Stephen Costan has over 40 years experience in theatre in Australia, the United Kingdom, Greece and the USA, covering Voice Production, Acting and Teaching for Live Theatre, Film and Television.  In addition to being an accomplished actor, he is also one of Australia’s most respected and experienced voice coaches.

Stephen began his career working and studying as an actor in Perth, Western     Australia, before moving to Melbourne Victoria, playing juvenile roles in professional theatre in both states.

In 1965, he made the move to London, studying on a private basis with Ruth Lodge, Dorothea Alexander, Hugh Morrison, Charles Marowitz and Jean Piere Voos, before receiving in 1973 a special grant from the Australia Council to study with Rowena Balos, the Professor of Voice at New York University and formerly assistant to Kristen Linklater (author of ‘Freeing the natural voice’).

In 1980, Stephen commenced studying singing under the direction of Maestro  Afro Poli, a renowned baritone of the 1930s, 40s and 50s, with a view to       exploring singing techniques and the placement of voice and breath in relation to resonance and production, and all the stress-related problems involved, especially those related to advanced students and those already acting professionally.

In between all of this Stephen has performed for many of Australia’s top theatre companies, including the Melbourne Theatre Company and directed more than 50 stage productions since 1972.

Stephen was Head of Voice at the Victorian College of the Arts, School of Drama from 1996 – 2002 and his other work in voice education has encompassed    associations with the University of Western Sydney, Wollongong, and Ballarat. He has been responsible for training a huge number of Australia’s distinguished young actors, including Joel Edgerton, Sybilla Budd, Angus Grant, Jane Allsop, Nikki Whelan, Patrick Brammall, Simon Stone and Steve Le Marquand.

He is currently the resident voice teacher at the Howard Fine Acting Studio    Australia, teaching exclusively as part of the Full-Time course.