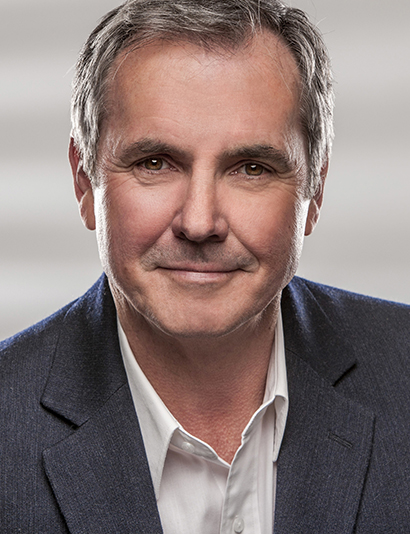 Alan Fletcher first appeared on Australian screens in The Young Doctors, before landing the role that would fully launch him into Australia’s lounge rooms – that of “Constable Frank Rossi” on Cop Shop. Various roles in film and television followed, including playing “Martin Blake” on The Love Boat opposite Morgan Fairchild, “Henry Landers” in Gross Misconduct opposite Jimmy Smits and “Frank Harkin” in Mercy Mission: The Rescue of Flight 771 opposite Scott Bakula.

Alan has also appeared in several TV and radio comedy shows, including writing and performing for ABC Radio’s Don’t Get Off Ya Bike!, as well as playing lead roles in various landmark TV dramas including the Vietnam Vet mini-series Sword of Honour and his AFI-nominated performance as ‘Michael Clayton’ in ABC’s Embassy.

He briefly appeared in Neighbours in 1987 as ‘Greg Cooper’, a dishonest boxer working in Jim Robinson’s garage, before successfully landing his current role in 1994 of ‘Dr Karl Kennedy’ in the soap, which has made him a household name in both Australia and the UK.

Alan began his career in the theatre, landing his first professional contract in his early twenties at Perth’s Hole in the Wall Theatre, before moving to the Perth Theatre Company at the National Theatre, Western Australia, where he worked opposite such great talents as Warren Mitchell, Honor Blackman, Tom Stoppard, William Henry Kerr and Tim Brooke-Taylor, working in every style of theatre from Pinter to Shakespeare, melodrama to musicals.  This was followed with a New Zealand tour of Beyond A Joke opposite Arthur Lowe, a year’s contract with Sydney’s Q Theatre and then three years at the Melbourne Theatre Company (MTC).   Despite his career becoming more and more focused on screen, this love of theatre never diminished and Alan has added to his CV the roles of ‘Henry Higgins’ in My Fair Lady at the Melbourne Comedy Theatre, Frank McGee in the workshop performance season of Call Girl the Musical and ‘Captain Hook’ in Peter Pan at His Majesty’s Theatre, Aberdeen, among many other stage roles over the past decade.

Notable Shakespeare roles include: ‘Tybalt’ in Romeo & Juliet and ‘Duke Senior’ and ‘Duke Fredrick’ in As You Like It for MTC and ‘Lucentio’ in The Taming Of The Shrew for Perth Playhouse.

Alan is also the lead singer of the band Waiting Room, with other members including Tommy Rando, Chris Hawker and drummer Jeff Consi, who have a regular gig in Melbourne and have undertaken several successful sell-out tours of the United Kingdom.