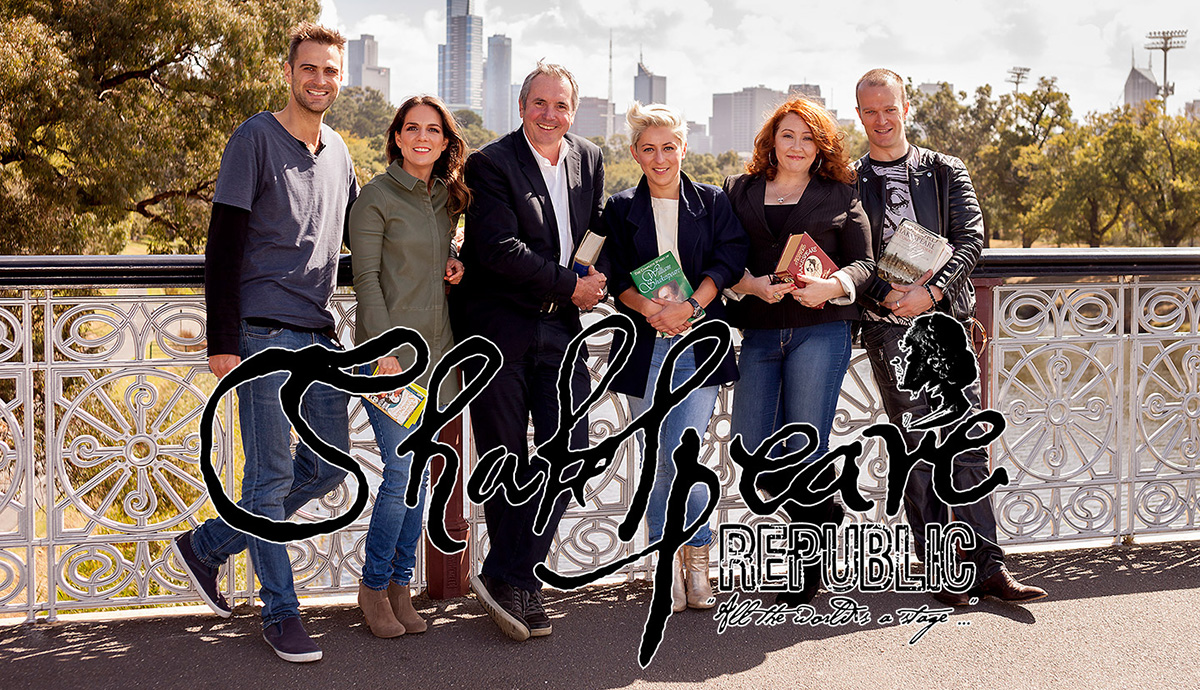 Genesis of the Series

Is Shakespeare still relevant? Does he still speak to us? Is he REALLY for everyone?

We are Shakespeare Republic and our answer to all of the above is one simple word – yes.

Rowena Hutson as Hamlet from her episode of Shakespeare Republic (Photo: Yanni Dellaportas)

“… polished, beautifully made series from director/producer Sally McLean …
a fine use of the platform and, more importantly,
a very fine adaptation of the Bard …
Shakespeare Republic is put together with grace and wit.
An assortment of actors do terrific work making the (non-dumbed down)
dialogue accessible, prying it open with great care and skill.”

Created by Australian actor, Sally McLean in 2015, Shakespeare Republic is an internationally award-winning, female-led and culturally diverse anthology series produced by Incognita Enterprises that celebrates not just the world’s greatest playwright, but also his insightful understanding of the big issues of his time. Insights that still hold relevance today and form the basis for a truly diverse, inventive and epic journey into the nature of being human.

“… taking the world by storm, done in an inventive, captivating way
… the entire series is astonishingly smart.”

WHY DO WE EXIST?

Our manifesto is simple –

TO ENGAGE NEW AUDIENCES with Shakespeare’s works through the use of “bite-sized” pieces of text, that reduce the anxiety many feel around attending a full Shakespeare play, thereby introducing new audiences to the work who might not otherwise engage;

TO EDUCATE AND ENTERTAIN MODERN AUDIENCES ABOUT THEIR WORLD using Elizabethan and Jacobean Theatre text; and

CHALLENGE THE CONCEPT OF “TRADITIONAL” SHAKESPEARE, while still remaining true to his original text.

– Made In Melbourne Film Festival (Australia)

BUT WHAT’S DIFFERENT ABOUT THIS SERIES?

Built on the premise of taking a selection of Shakespeare texts and making them more accessible to modern audiences by setting each piece in a contemporary situation, while playing with gender and embracing diversity, our first award-winning season in 2015 included Hamlet as Media Advisor to a Government Minister, Juliet as one half of a same-sex couple in a Skype conversation, Phebe as an entitled Gen Y drunk texting, Macbeth as a politician about to metaphorically knife an opponent, a female Hamlet weary from the corporate cut and thrust and a performance of Sonnet 18 as a eulogy.

In 2017 we returned with Season Two with thirteen more episodes with everything from Viola as inner-Melbourne hipster to Jaques as a melancholic barfly to Katherina as an ambitious politician’s wife to Henry V as a member of a laser strike team – and everything in-between!

Brainchild of award-winning Director/Producer, Sally McLean, with a highly experienced crew carrying a combined total of over 170 professional credits to their names, Shakespeare Republic has now been officially selected for over 80 international film festivals, nominated over 70 times and won over 30 awards to date, and is an innovative and exciting ride through the works of William Shakespeare, featuring an international cast and a lot of love for the Bard.

“Loving what’s going on with gender diversity in recent eps of Shakespeare Republic! Check it out!””

Shakespeare Republic is an Australian female-led, culturally diverse anthology series celebrating Shakespeare, his works and his enduring legacy, sharing new interpretations of his works via settings and circumstances that are familiar to a 21st Century audience.

“… a sophisticated twenty-first century series with its own particularly Australian flavour.

Using the medium of a digital series, Shakespeare Republic is a journey through the works of William Shakespeare and his fellow Elizabethan and Jacobean playwrights, with the aim of rediscovering, reinvigorating and occasionally re-interpreting these universal observations in a modern setting, through the lens of current events and social issues of our time.

A passion project of lead raconteur, Sally McLean, Shakespeare Republic was born out of her ongoing love affair with all things historical, dramatic and particularly Elizabethan.   From her time spent at drama school in London to her thesis on Elizabethan theatre (for which she also spent time watching the building of the new Globe Theatre on Southbank, spending time inside it’s walls as history was recreated around her), to her time being mentored by Sir Nigel Hawthorne until his passing in 2001, her work in production with the BBC Music & Arts Department and then her work with the Australian Shakespeare Company over three seasons, she has spent the better part of her adult life discussing, performing and celebrating the Bard.

With the idea of what Shakespeare Republic could be still forming, Season One ensemble members Michala Banas, Alan Fletcher, Rowena Hutson, Billy Smedley and Ben Steel were then approached via text, email or coffee dates with the question “How do you feel about Shakespeare?”.  Their answers covered the gamut from “Terrifying!” to “Brilliant!”, with a universal, “Yes, please!” as they all jumped on board with complete enthusiasm.  Co-Producer, Perri Cummings, herself a passionate enthusiast of Shakespeare and all classical works, willingly joined the fray to assist with bringing the concept to the screen, joining Sally McLean and Billy Smedley to helm the project and so our journey began …

Filmed entirely by award-winning cinematographer, Shaun Herbertson on a RED Epic, each Season Two episode is linked to other episodes in the series via visual motifs, cast or locations, to give us a sense of seeing fragments of “one day in the life” of a modern, contemporary world where we all happen to still speak in Shakespeare’s language.

The takeaway? Shakespeare speaks to us now just as strongly as he did 400-odd years ago when he first put quill to parchment.

“… an innovative and exciting ride … a fantastic way to take a dip in the Shakespearean swimming pool.”

We have recently delved into the world of film, producing our first commissioned short film project Speaking Daggers, co-produced with Independent Schools Victoria for the inaugual Arts Learning Festival in Melbourne, which is currently on the international film festival circuit.  It will then be used as part of the curriculum in Victorian schools as a tool to teach Shakespeare to students and teachers alike. Next on our creative agenda is Season Three of the series, which is in final development and takes the work in a different direction again, still maintaining the female perspective and the modern settings and remaining unbound by gender or race.

What will we find?  How will this play out?   Where will this take us (and you)?

As with all journeys, we won’t know until we get there – but we intend to have a whale of time in the process.

Shakespeare Republic … “All the world’s a stage …”