Shakespeare Republic: #LoveTheBard (Season Two) has officially launched with a difference this year, with a live show element complementing the web series aspect.

For one night only, members of our Season Two cast performed Shakespeare monologues live as part of a promenade theatre style show to promote the new season of the web series.  We played to a sold out house, and had a lot of fun playing the works to a live audience.  While it was hard to capture the true atmosphere of the evening on video, due to the nature of the live show setting, our intrepid cameraman, Paul Anthony Nelson, did an amazing job of getting around to every actor, and getting some great footage of the night that we hope you enjoy.

Featuring Michala Banas, Stephen Costan, Perri Cummings, Christopher Kirby, Sally McLean, Wahibe Moussa, Falon Ryan, Billy Smedley, Shane Savage and Phoebe Anne Taylor performing live, this video gives a taste of what the night was like for the audience in attendance.  The challenge for the actors was to either perform a new piece of Shakespeare (different to what they are doing in Season Two of the web series), or if they were doing the same piece as their episode, then to interpret the piece in a totally different way to how they had done it on screen.  The cast found the experience challenging and fascinating (and we think we may have created a bit of a monster, as they are all asking if they can do this again for Season Three!!). 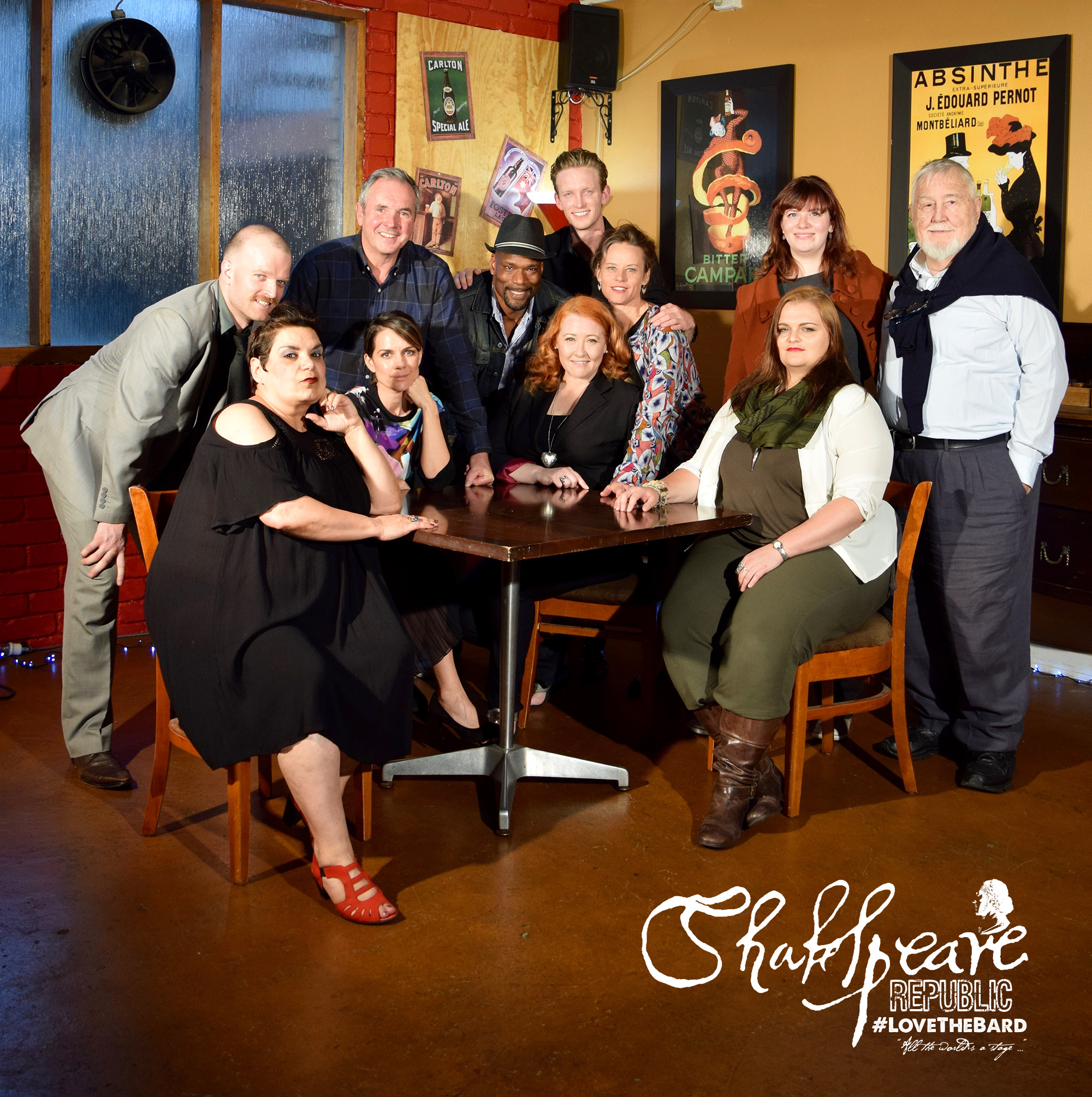 We were so glad to have fellow Season Two cast members, Alan Fletcher and Nadine Garner, also in attendance for the early part of the night, before heading off to other commitments, not least because we finally got a group photo of our Season Two cast (minus Tariro and Dean, sadly, but still 11 out of 13 cast is not a bad effort!).

Huge thanks to Paul for his wonderful camera work and for giving his time and support to the event.  Also to Caitlin O’Connor for her fabulous photos.  Marg Woodlock-McLean for her efficient Production Management of the night and Jack Wilkinson for his fantastic Stage Management (and for stepping in on very short notice to help us out!).  Huge thanks also to Sally Campbell, Sarah Clarke and Immogen O’Connor for their work behind the scenes and in front of house.  To Lore Burns for her beautiful cello playing at the start of the night and to our fantastic cast for stepping up and trying something new with minimal prep time, but a whole lot of talent and flexibility!

Finally massive thanks to our sponsors for the launch event – Andrew and Jack from Mr Moto, who have been truly brilliant to work with on the promotion of the event and the wonderful Jason and Julie at the Courthouse Hotel, who sponsored the launch night and took such great care of us and all our guests.  The food was to die for and everyone had a fabulous time in their wonderful venue.

The first episode of Season Two will be released very soon … stay tuned!