What a week it’s been! A new Shakespeare First Folio has been discovered on the Isle of Bute (off Scotland), just in time for Shakespeare’s upcoming birthday celebrations – and we’re brimming with news from The Republic front too!

So much has been going on here behind the scenes – particularly in the area of film festival selections.  Since the excitement of last week in the Republic office with the news that we’d won two awards on two different continents (still a little excited about that, if we’re honest), we were even more delighted to find out in the past few days that we’ve been Officially Selected for three more festivals!

Firstly, in the USA, we’ll be screening at the Indiepossible International Film Festival & Screenplay Competition in Rhode Island, USA in early May.  We are thrilled to be selected for this festival and thank the judges for including us – we were a little nervous about this one when applying, as the judging panel has a wealth of experience in film and television production with credits on the big and small screen including Discovery Channel, The History Channel, HBO, Universal, The Sundance Channel, Fox International … well, you get the idea!  So to get the notification that they wished to include us in the line up was simply brilliant and we are delighted!

The next festival that sent us an official notification was Los Angeles CineFest, again in the USA. LA CineFest is a monthly competition that is affiliated with the annual Sunset Film Festival in Los Angeles and again, has some judges with impressive credits including awards from the Cannes Film Festival, St Tropez and Sundance.  There is also an Audience Award component to the competition, so you can go along and vote for us via their form here: http://lacinefest.weebly.com/march.html.  Voting closes on April 20th.

And last, but certainly not least in this trio, Artistic Director, Sally McLean was especially thrilled to receive word that we have been officially selected for the Unrestricted View Film Festival in London!  For anyone who knows Sally, you’ll know that she attended drama school in the UK. What you might not know is that her drama school was in Islington, which is where the UVFF is also held!  And that’s also the place where she fell in love with Shakespeare, so it’s a little like coming home for her and this project!  It’s a fantastic festival to be selected for – the people behind the UVFF are great, all working creatives and all passionate about independent film.  And the festival itself will not just be screenings, but also have industry workshops and networking events.  We so wish we could attend!

The UVFF runs from the 25th of April to the 1st of May and has a truly impressive line up of programming, including their Opening Night film about the Welsh poet Dylan Thomas, Set Fire to the Stars (starring Elijah Wood and Celyn Jones), and short films starring a plethora of well-known British faces including Catherine Tate, Warwick Davis, Gemma Whelan, Ricky Glover, Indira Varma, Sophie Thompson, Dan Poole, Alex MacQueen, Jack Gordon … and so it goes.  There aren’t just UK films in the line up – the festival is truly international with entries from Denmark, Italy, Iran, France, Puerto Rico, Germany, the USA, Thailand, China, Poland and more.  There is also a documentary film session showcasing short form documentary from around the world.

Here’s an interview with James Wren, Festival Director, on London Live to fill you in a bit more …

So get down to Islington to experience one of the “Essential Film Festivals” (The Londonist) in London for 2016!  Tickets are on sale now and are limited and we’re told will sell out pretty quick, so if you want to go along and support our screening, here’s the direct link to our session (the “Web Series” program – runs about 80 mins in total): https://www.unrestrictedview.co.uk/uvff-web-series-competition/

And finally – an update from our screening at the Melbourne Queer Film Festival last Tuesday.  After our screening with a host of international webseries, which was great fun (and we were glad the audience laughed when they were supposed to and made “aw” noises in sympathy when they were supposed to as well, so that was a major good thing!), we have since discovered that we have been nominated for their Awards in the Best Australian Short Film category for the festival!  Amazing!  There is also an Audience Award, which we’re also up for and you can vote (if you feel so inclined).  You’ll find the form here (we’re listed on the drop down menu under Best Australian Short Film).  Voting closes sometime this afternoon, however, as the Awards presentation is at ACMI, Federation Square tonight!  There are some rather amazing short films in the main program line up, but that’s even more reason why we’re so delighted to have been nominated along with them!  Thank you MQFF!

So that’s it from us for now.  Phew, what a week it’s been!  Thank you to everyone who has been supporting us – don’t forget, we’re crowdfunding for Season Two – head over to www.lovethebard.com for all the info. 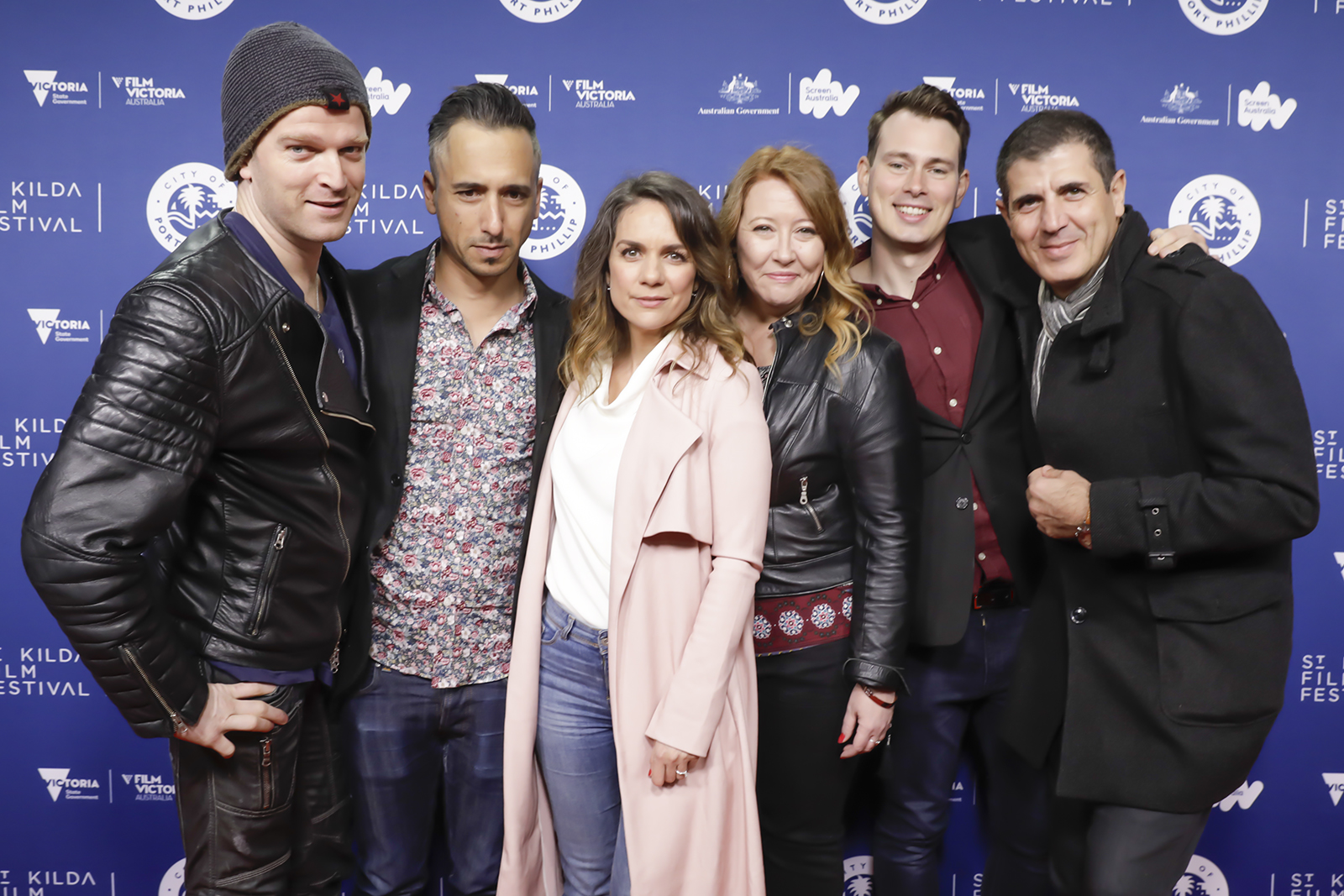