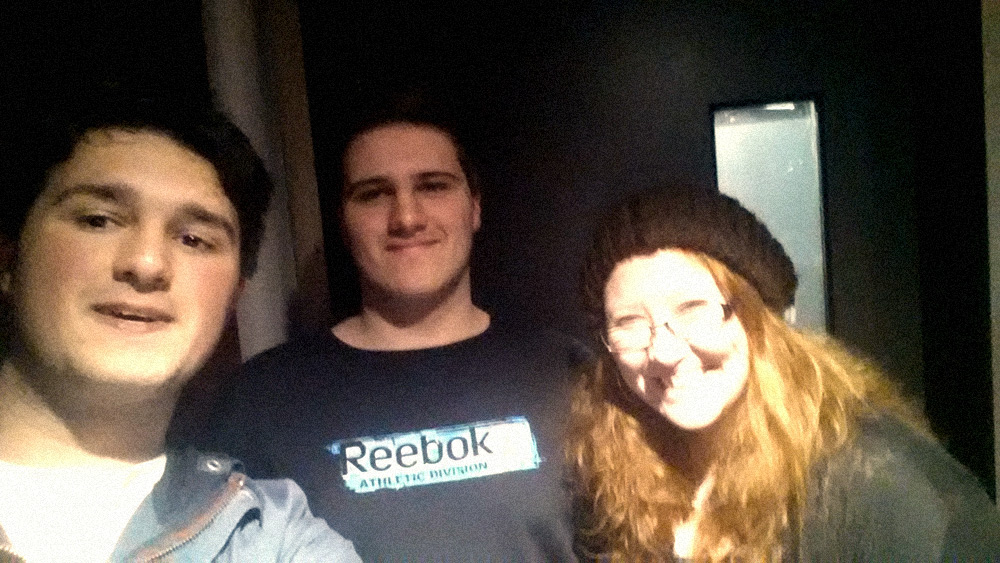 On August 30th, Shakespeare Republic Director, Sally McLean, was delighted to be invited into the SYN FM studios to speak with “Art Smitten” hosts, Thomas and Alex about Shakespeare, the challenges when working on a web series, where were the sword fights? and why can’t she bring herself to say the word “Macbeth” out loud?

Sally was particularly happy to be invited in, as the show is run by high school and college students – which is exactly the group we are hoping to bring to the series as audience.

And it was a great experience – a fun and wide-ranging interview covering all things Bard, with a lot of laughter and some great questions.  We were hoping to bring you the audio/podcast of the interview not long after it took place, but …. (and this is where the “Lost Tapes” part of this blog title comes in) …

Sadly, there was a technical glitch over at SYN FM and the logs (the archives of the show), suddenly had missing files from the day Sally was interviewed (this can happen at any radio station, but we’re convinced it happened this time because Alex said the word “Macbeth” out loud – twice! – during the show ;)).  But …

The missing files have now been found! And SYN FM got in touch this week to let us know that they have now uploaded the interview to their podcast section of their site – so anyone who missed the live broadcast can now have a listen!

So, where can you find these fifteen fun and animated minutes of Q&A about Shakespeare Republic?  Well, that’s easy … just go here: http://www.syn.org.au/sally-mclean-shakespeare-republic

A huge thank you to Thomas and Alex for such a great chat on air and to Alex for coming up with such good questions.  Thank you also to their Producer, Alice Walker for being so fantastic on the day and to Rachel Iampolski, Talks Manager, for organizing the interview and keeping us in the loop once the podcast was uploaded.  Finally thanks to Producer, Perri Cummings for reaching out to these guys in the first place on behalf of the team.

More news coming soon, in the meantime … ’till next we speak … see you anon …