Our revels now are ended. These our actors,
As I foretold you, were all spirits and
Are melted into air, into thin air:
And, like the baseless fabric of this vision,
The cloud-capp’d towers, the gorgeous palaces,
The solemn temples, the great globe itself,
Yea, all which it inherit, shall dissolve
And, like this insubstantial pageant faded,
Leave not a rack behind. We are such stuff
As dreams are made on, and our little life
Is rounded with a sleep.

What a ride it’s been! As the dust settles on our final episode for Season One, we’d like to take a moment to say thank you to all our viewers, friends, family … everyone.  The little experiment known as Shakespeare Republic has finally come to an end … for now.

As we go into hiatus and begin preparations for Season Two, we’d like to run a recap of the past six weeks and share with you some thoughts from our cast, as well as our viewers – especially all those who have been so active on Twitter! – without whom there would be no point in doing any of this!

(* Note: Edited October 8th to include Michala Banas’ and Rowena Hutson’s contributions below that somehow got lost in cyber space … read that as “filed in the wrong email inbox folders”!  Oops!)

As the song goes … let’s start at the very beginning …

EPISODE ONE: ALAN FLETCHER AS “MACBETH”

We feel, out of all the fabulous tweets sent out about Fletch’s episode from all quarters, Colette Mann’s (above) summed it up, particularly the hashtag she used.  #watchandlearn indeed!

We were also pretty chuffed that the episode made Shakespeare Magazine’s “Shakespeare Things To Do This Week” list:

Shakespeare Things To Do This Week #7 Watch #Neighbours actor Alan Fletcher as Macbeth in this @ShakesRepublic video. – Shakespeare Magazine, UK

Fletch did a stunning job of playing The Scot and it was a brilliant way to start off the season.

We asked the cast if they had any additional thoughts to add to this blog post and Fletch very kindly responded with this:

“Being involved in the Shakespeare Republic was bound to be challenging, provocative, testing and an incredibly exciting adventure.  If we achieved nothing else I hope our passion for Shakespeare and our belief that his work has as much to say today as it did over 400 years ago shines through.” – Alan Fletcher, Republic Member

@rowenahutson @ShakesRepublic Brava!!! Wonderful job!!! I was one of those kids who actually liked studying Shakespeare. So nice to revisit him in such a clever way!! – Jeanne K.

Putting Hamlet in a bath was always going to be risky, but the feedback was universally positive and we are so grateful to everyone for letting us know how much they enjoyed it.  Rowena was brilliant and did a fantastic job, as always, and provided a great second episode for the season.

We asked the cast if they had any additional thoughts to add to this blog post and Rowena very kindly said we could share this email she sent to Director, Sally McLean earlier this week:

“I want to say in no uncertain terms: Thank you. I have enjoyed every moment of Republic. It has been a truly wonderful experience that has given me courage and pushed me and tested me and inspired me.

It has been wonderful. And that is because of you. Thank you.” – Rowena Hutson, Republic Member

“Well played.  It was spoken truly, and trippingly on the tongue.  Thank you, that was fun!” – Sam Wills

Putting one Hamlet directly after another was going to be a bit tricky, but there were reasons for doing it.  Firstly, both episodes went up over the fortnight in which Shakespeare is supposed to have started writing Hamlet (estimated to be early September 1601), but secondly we thought it might be a bit of fun to have two completely different interpretations out there in quick succession for people to really dive into.  Billy’s episode (following Fletch’s) also became quite prophetic, as a week later we would have the Prime Minister whose voice is heard in the episode deposed and replaced by one of his colleagues!  Life imitating Art, anyone?  Billy did a fantastic job of Hamlet as a Media Adviser and the beautiful venue provided by The Courthouse Hotel was such a joy to work in.

We asked the cast if they had any additional thoughts to add to this blog post and Billy very kindly responded with this:

“What they got from the series? I hope they were entertained! and maybe even got a better than usual sense of what the actors were talking about.

I love that 2 and a half weeks after Fletch’s Ep, and about 5 days after mine, we had one of the largest types of Political change you get in a government – specifically given the source of our subject matter was arguably the knifed Politician. This beautifully illustrates how literature over 400 years old is utterly relevant today.

How do I now feel about Shakespeare. Maybe a better question is how do I feel about me having given a deceptively difficult monologue a red hot go. I’m proud of it. The experience has reiterated to me how important it is to always speak with my own voice – and if the words aren’t those i’d use – then I must find my own voice within a new system and own those words. It’s harder than it sounds and it is easy to get stuck in a false rhythm. If I had the chance again I’d probably learn a speech from the ground up as opposed to finish learning one i’ve been ruminating on for 14 years.

Whatever the context Shakespeare is playing in – it pays very well for the actor to have a vast general knowledge of that context – ideally an intimate knowledge of it. To understand the culture of the society the characters of the play exist in is a majorative chunk of the homework done. In my case twas much Lateline, 7.30, QandA, with a splash of 4 corners and question time, not to mention ‘The Thick Of It’ and ‘House of Cards’ (both of them!) though a more historic context of town crying could have helped.

I can go on but I learned what a magnificent command, understanding, and application of the Bard’s work and everything Elizabethan Sally Mclean has. I have never met someone with a greater contextual knowledge in all the Theater Companies and Acting schools I’ve either studied, performed or vino’d up in the vicinity there of with – this is a symptom of being a voracious historian as well as a lifelong actor.” – Billy Smedley, Republic Member

Juliet as a man?  Not only as a man, but as part of a same sex couple?  Yep, we did.  Ben came to the party with all guns blazing and did a brilliant job of one of Shakespeare’s most famous speeches.

As Ben said in his “Celebrating The Bard” piece about this episode:

“I saw it as an opportunity to make a statement, maybe get some eyeballs on it, and maybe convert a few opinions out there. Lets get over this marriage equality thing and accept that love is love.” – Ben Steel, Republic Member

This remains one of our favourite episodes, for fun factor alone.  We had a ball filming this on the day and Michala knocked it out of the park with her hilarious, nuanced performance.  It proved to be the most popular on Twitter and we were delighted to see such a huge reaction in such positive terms.

We asked the cast if they had any additional thoughts to add to this blog post and Michala very kindly responded with this:

“Making my episode of Shakespeare Republic was a blast. I was a little hesitant when Sally (McLean) first asked me to come on board- I’d never really worked on Shakespeare before. However, I love to do things that scare me, so I decided to go for it …

We had such a fantastic time on set and behind the scenes, I’ve already put my hand up for season 2. So has the rest of the gang for that matter! I’m really grateful to Sally, Perri, Billy and our wonderful shoot crew for making this whole thing such a seamless, enjoyable experience. Big thanks to Alan, Ben and Rowena for their support too.

And of course, my love, respect and gratitude to Mr Shakespeare. What a writer! An actor is only as good as the writing she is working with, so even though I was beyond jet-lagged when we filmed my episode (no excuse!), I found I was supported in the writing. Phew!

“@incognitagal I liked this episode very much, especially how it ended. Nice work.” – RobertPlantFan

Taking on a sonnet is always a challenge.  Firstly, it’s a poem, which leads to falling into a rythmn that isn’t always conducive to speaking naturally.  Secondly, everyone has an opinion on how a sonnet should be played.  Thirdly, Sally taking this particular sonnet and putting her own personal take on it was going against how just about everyone sees the meaning of the piece.  But we have been delighted with the response and would like to quote Producer, Perri Cummings: “Beautiful work from Sally McLean and a great final act to the first season. Well done Sally!”

And now a word from Sally to finish this piece:

“I am so grateful to everyone involved in Shakespeare Republic for their hard work, lending their talents and ideas and for coming along on this crazy ride with me.  I have loved every second.  I learned so much, woke up inspired each day and laughed so often.  It was good for the soul.  I am so looking forward to going into the pre-production for Season Two with renewed enthusiasm and love for The Bard and my fellow creatives.  I hope we have added positively to the ongoing conversation about Shakespeare’s relevance to the modern world – and that the conversation continues.  Thank you to everyone who watched, commented, liked, discussed and shared our work – the engagement from the wider community has been amazing and so appreciated.  See you next season!” – Sally McLean, Artistic Director and Republic Member

We’d like to leave it here with a few more comments from some of our viewers.  We are so grateful for the positive and ongoing feedback from all of you.  Thank you for your interest and support.  And watch this space for information about Season Two as it comes to hand.  Don’t forget to sign up to our newsletter to get the news first!

“@ShakesRepublic Brava, Sally McLean!!! Bravo, ShakesRepublic!!! These pieces made me remember why I enjoyed studying the Bard!!! Well done!” – Jeanne

Thank you again, one and all.

"Shall I compare thee to a Summer's day?" ... the making of Episode Six - Sally McLean as Billie (Sonnet 18) 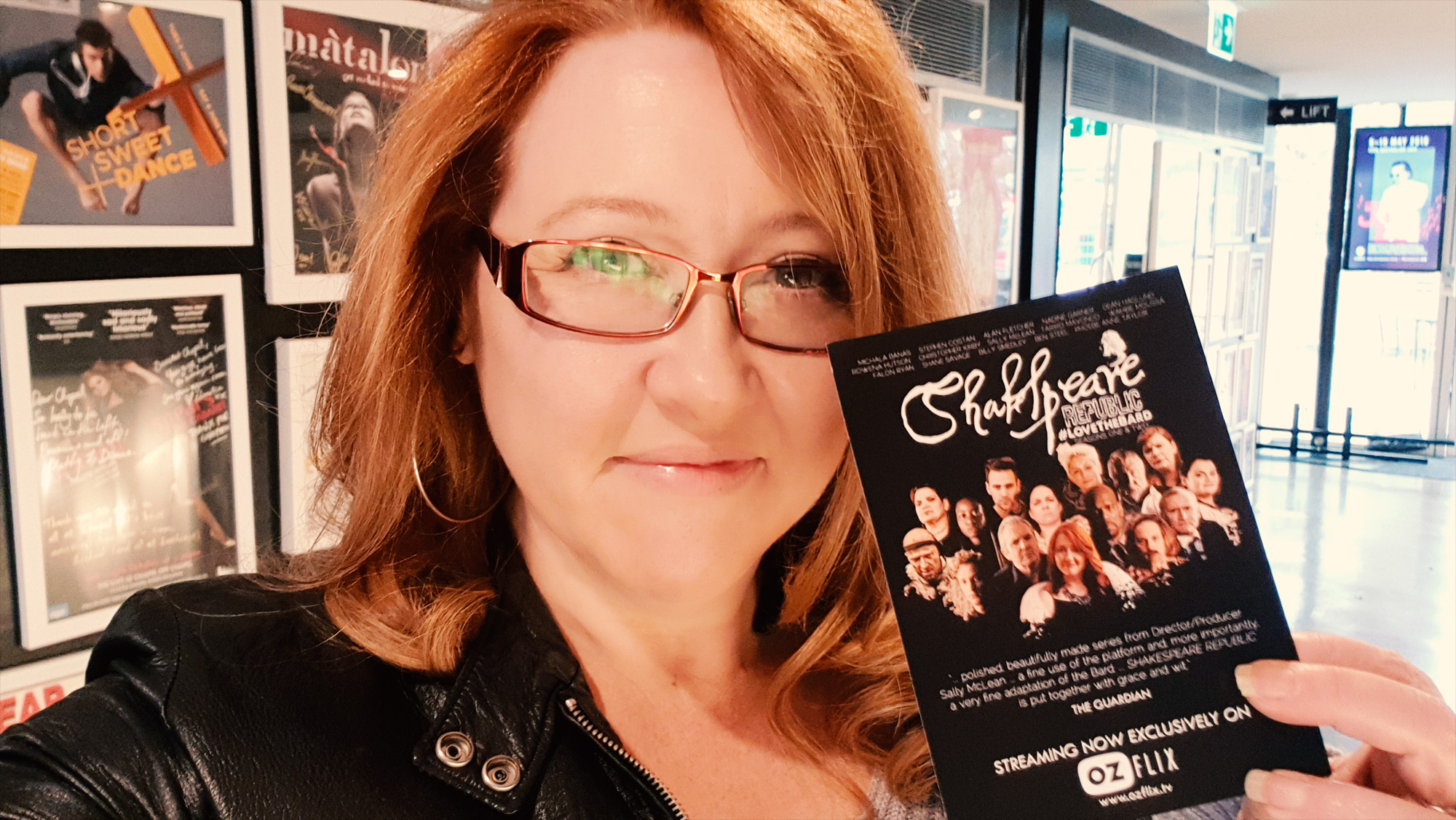 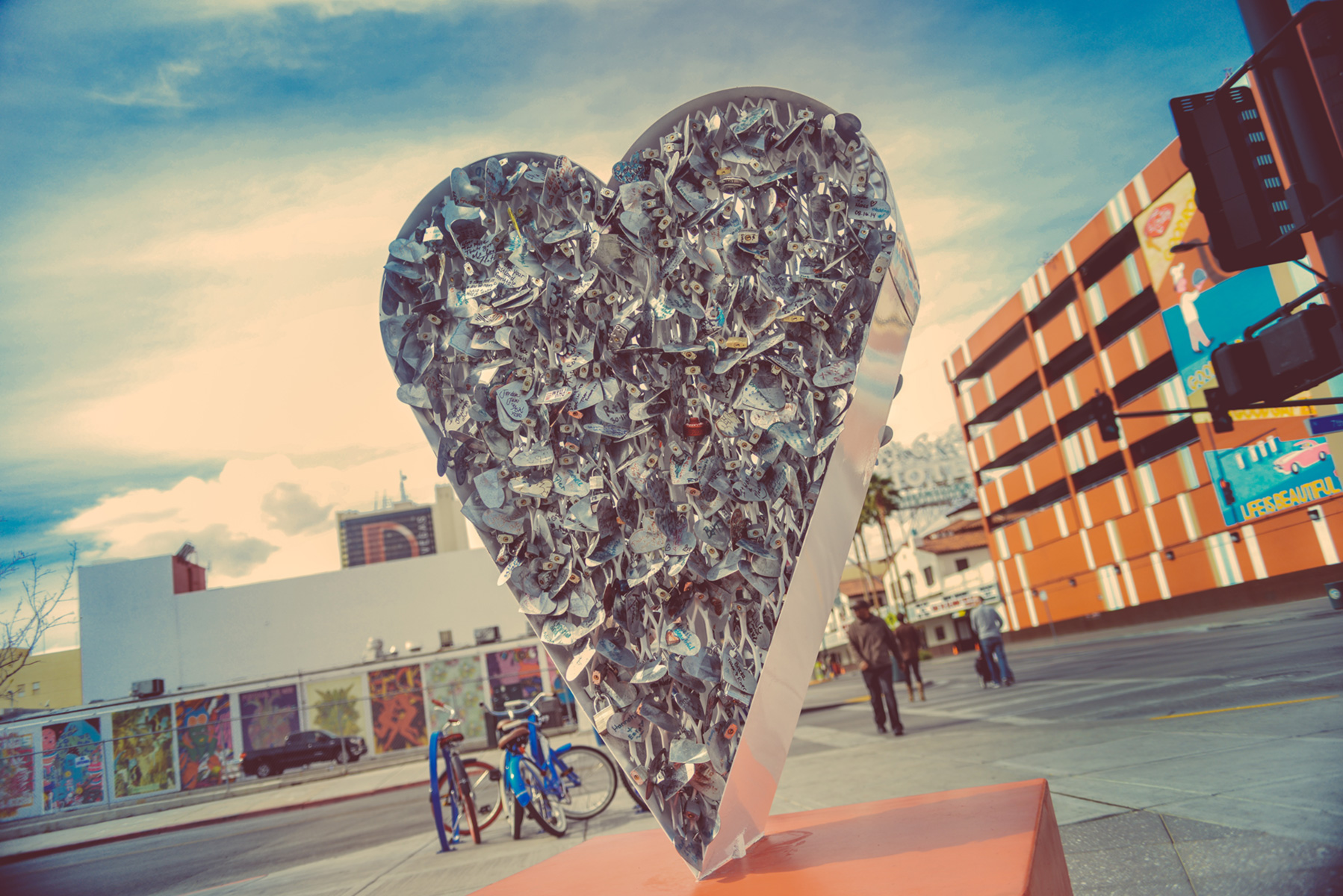